Built by a local, so it says, whose family reportably remain anonymous in fear of reprisals. Hidden by a glass factory & only recently re-descovered. As the populas reportably prefered to subdue memories of the war & the founding family.

Involves, as many do:

ALL INFORMATION SUBJECT TO CHANGE

(all shelters on one page here) 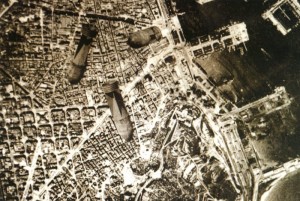 MORE INFORMATION
All barcelona air raid shelters on the map